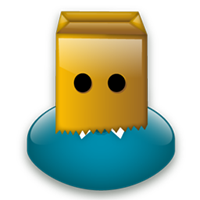 There is a growing need for more privacy and better control over one's personal information on social networks. The recent government surveillance scandal involving the NSA's PRISM program has attracted a lot of attention around the globe. One obvious way to protect your information is to avoid attaching your name to it. Of course, anonymity (or, more precisely, pseudonimity) is possible on any social network, including Facebook. When you are asked for a name, you can always bend the rules a little and supply a fake one. This is not a uncommon practice on Facebook today, especially among teens. In the past few years there have also been attempts to build a social network without names, anonymous by design.

Can a social network be anonymous?

After a decade of Facebook, “anonymous social network” may sound strange or self-contradictory. But, in fact, there are a few of them out there right now. You've got your Social Number, Duvamis, Unface.me and Spraffl (an iOS app). All of them have received a decent amount of attention from the media (Social Number was covered by CNN, for example). However, none of these social networks have gained any significant popularity so far. Anybeat, a richly featured anonymous social network launched in 2011 by Dmitry Shapiro, a former CTO of Myspace, also failed miserably. Despite raising a cool $1 million in funding, it did not attract enough users to stay afloat and was shut down just eight months later.

If you love to socialize, you probably love Twitter. Let's face it: that's what Twitter is all about for most people. In that sense, Flyner is a Twitter alternative. It is not a source of news, but it is about conversations. Posts (“notes”) on Flyner can be just like tweets. You can say how your day is going, share a thought or ask a question. Click “Launch” to submit, and that's where the differences begin.

An Omegle alternative — the fresh new way to chat with strangers

Apart from its webcam-based video chat, Omegle also has a text chat. You are connected to a random person, you can chat for a while or break the connection and move on to the next person. It is a familiar concept that has been around since the dawn of the Internet. There are many other websites and chat rooms throughout the web that allow you to do pretty much the same thing. A similar feature is built into many instant messenger applications as well. ICQ, for example, had it since the 90s.

What you get on Flyner is not your usual random chat. You do chat and it is random (unless you use hashtags), but there are differences. Here are some of the main ones:

Here we go. Flyner is open! There will not be a whole lot of people online in the beginning as we still need to get the word out. So if you bring your friends to sign up right now, you might even have your own Flyner party. You will also get an early adopter status, which, in all probability, will have special perks later on.

The idea for Flyner came about back in the fall of 2010. One might think of it as a different kind of Omegle alternative. The thinking was similar to what is described on the About page. What if you could write a note and someone somewhere would be able to read it. Like a message in a bottle, but faster and with the possibility of writing back. What's more, you could send out a lot of notes, catch a bunch as well, and have many conversations going.